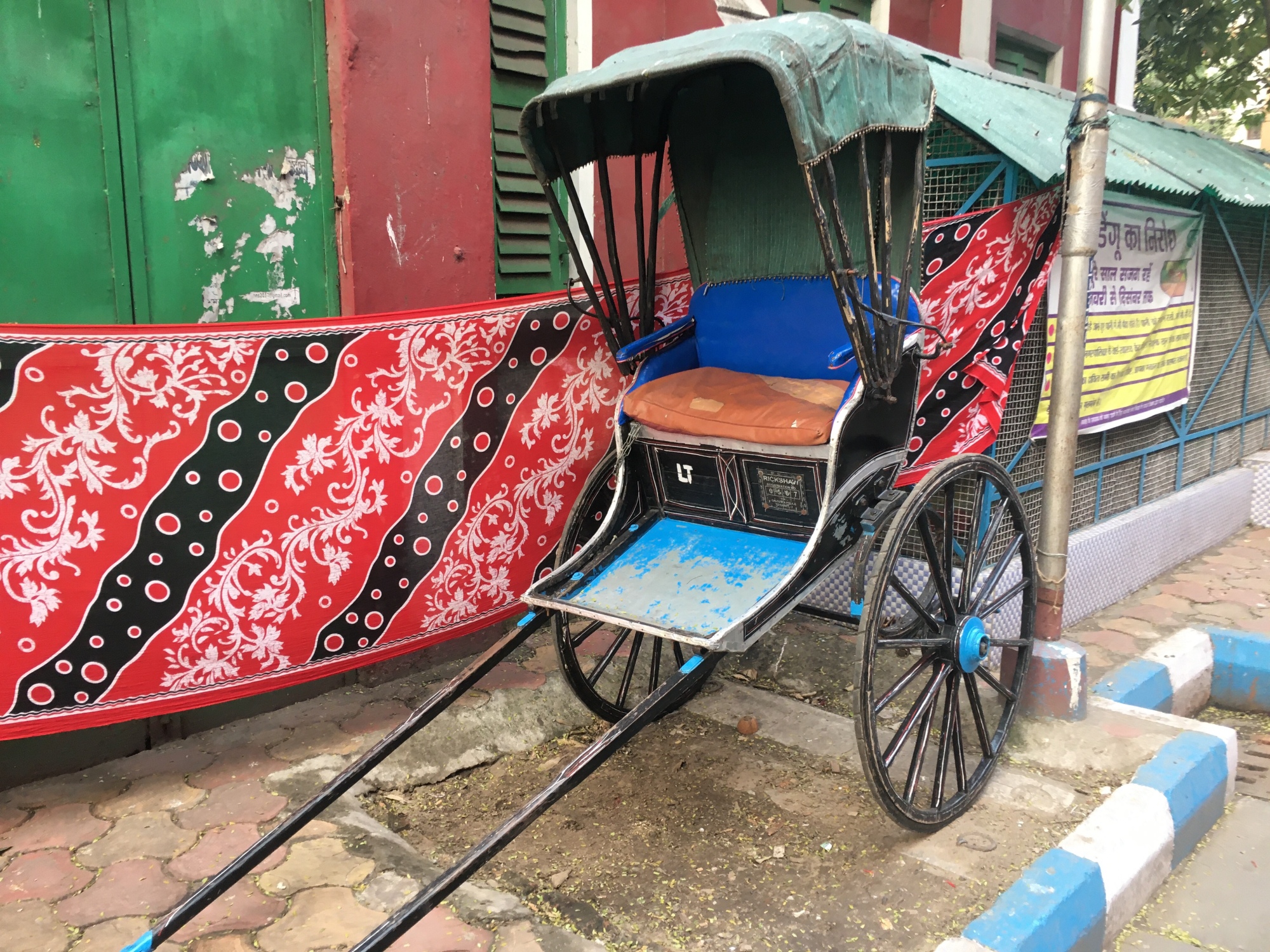 We are now used to the feeling of slight uneasiness as we get used to our new environment, leaving behind the luxuries and familiar comfort of home. Adapting to the change from winding up work, and a wonderful Christmas with Becky and Katy, to the simplicity of life traveling by bike, where food and shelter are our only concerns. 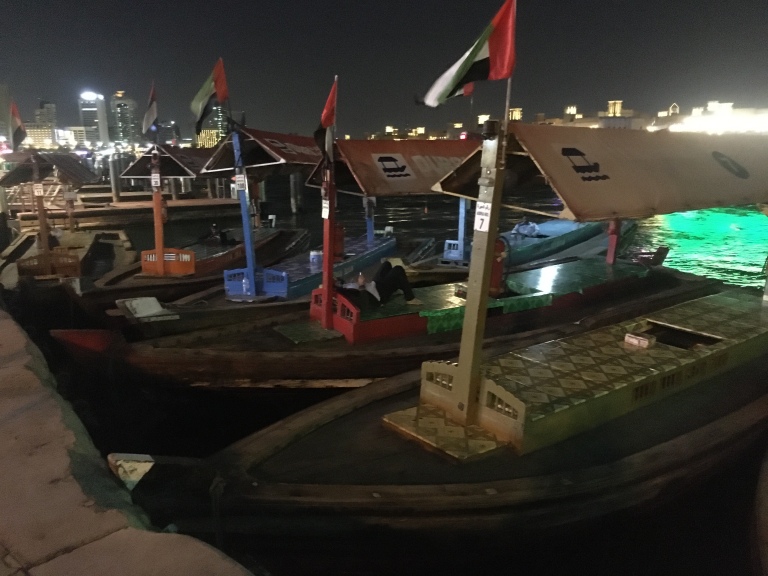 A short stop in Dubai on the way out to Calcutta was a chance to pop down to the creek. It was great to see the Dhows still alongside rafted several deep. Labourers running with boxes and sacks up gang planks filling the holds of these graceful timber ships. Small groups sat around the busy boats, cargo stacked high all around them. People waved and smiled. The wharf was choked with goods ready for loading. It was evening time, the elegant lines of the traditional craft, silhouetted against the backdrop of modern Dubai illumination, rocking gently on the silky black water of the night. The Abra cross creek ferries were plying from one side to another. We chatted with the Iranian crews for a while, marvelling that this sea trade was still going on just as it always had done, amazing in such a modern city and a far cry from container shipping. 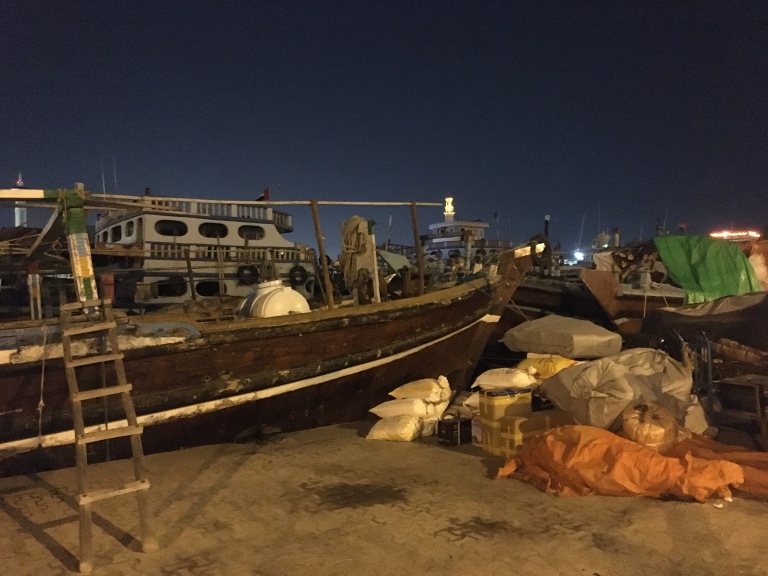 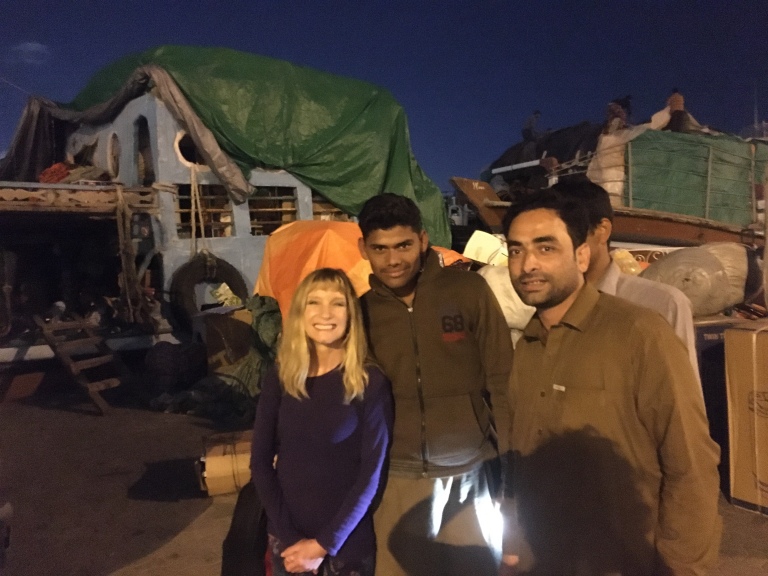 This was a short interlude of just a couple of hours between flights, but a great little taster of travels to come and part of our transition from the western world to our new one.

Calcutta, busy, noisy, frenetic, greeted us. Chaotic streets, all kinds of vehicles fighting for space, trying to get somewhere. Masses of people moving in all directions with determination. Markets, vivid fabric shops, steel fabricators beating out metal, electric wholesalers with arrays of LEDs, food stalls with huge bubbling pots, hardware stalls, and neatly stacked piles of fruit. All kinds of commerce was going on in every street. They all needed to eat and drink tea too, so that’s another whole array of outlets meeting their demand and adding to the hustle and bustle of the chaotic scene. Shocking scenes of poverty and misfortune are mixed in too, families huddled on the blackened stained filthy ground. Wirey lean rickshaw wallahs, hand pulling their carts carrying plump well to do folk, beggars with children or with horrendous deformity tap your side, people picking through heaps of rubbish wearing grubby rags. This place is an attack on the senses. But is has charm a great friendless too. It’s a vibrant colourful place, politically active and energetic.

We were staying at the Fairlawn Hotel, a rather grand former house tucked away in a small garden in central Calcutta. Originally owned by an eccentric lady called Violet who used to walk her poodle around the city, the place is brimming with faded glory and a lovely place to start our trip from. Breakfast with tea and coffee served from silver pots was a great chance to chat to our fellow guests; slightly batty ladies in their seventies doing work in the slums and Leo from New Orleans attending the international rose conference.

One night we arranged to meet up with Parthasarathi, a mountain guide who I had been corresponding with on the possibility of getting some gas for our stove, knowing from previous trips that this is very hard to get, but so much better than using petrol. He turned up at the Fairlawn and insisted on giving us a cylinder of his own as you can’t get it here, and absolutely wouldn’t take any money, just saying we are fellow adventurers. Such kindness and it will make such a difference for our journey with cooking our breakfasts so we can leave really early in the mornings.

A small China town is tucked away in some back streets near to the Hooghly River. Not much is left, but it does mark the original

importance of trade with China, mainly to do with opium unfortunately, but it seemed poignant for us to visit it as hopefully our journey will reach this land.