‘Bike Ride to the Edge of Europe’. The final leg of our Journey to Istanbul, the gateway to Asia, the start of the Silk roads to China, and the terminus of the Orient Express. We looked forward to the colourful bazaars, and views of the Bosphorus with minaret studded skyline. Eastern promise, iconic location, Constantinople. In my imagination smokey tea houses on the banks of the Bosphorus, set in frenetic souks, while crowded ferries ply across the water to the Asia side.

We were back in Macedonia following the Vardar river as it cut its way through a forested limestone valley, in and out of gorges.

We had left home very early that morning and thanks to air travel were deposited in a different world that felt quite foreign. It was surprisingly poor. Gardens and small holdings had well ordered rows of vegetables, fig and pomegranate trees, chickens, and grape vines. There seemed to be a necessity to provide for yourself and minimise the use of money.

Farming was on a small scale just an extension of the garden with very few small old tractors and horse carts. At markets there were purposeful hardware shops stocking all kinds of tools to work the land manually. People grafted here, they looked old, and leisure came in the form of smoking and drinking home brew firewater.

Peppers and chillis hung out to dry on verandas or under the shade of a tree. Corn on the cob dried in tall roughly built wooden cages. Passion fruit and kiwis clung to the hill sides. 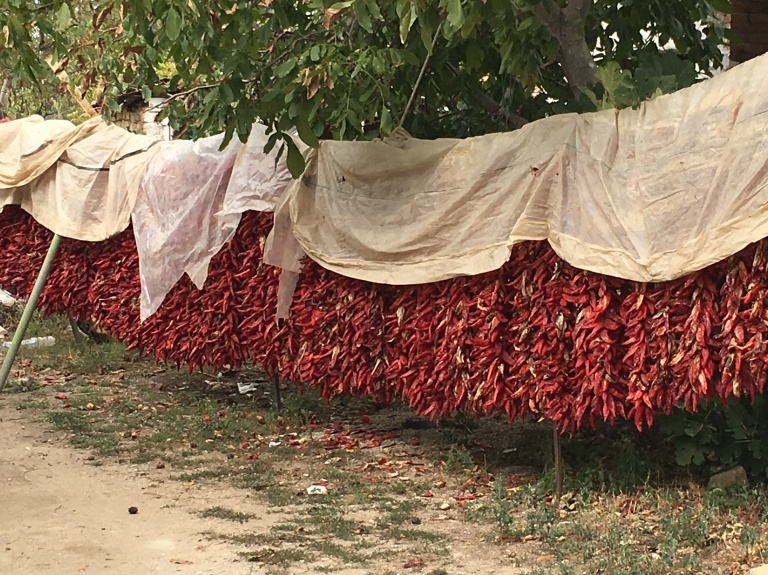 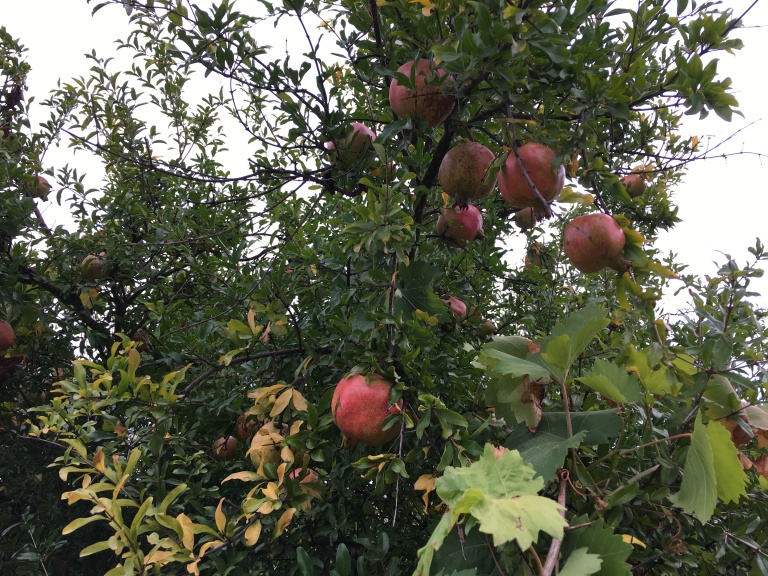 We hadn’t been on a bike trip for about six months and it felt good slipping back into the routine and simple way of life that cycle touring brings. Spending days passing through people’s places, small exchanges and encounters, sourcing food and somewhere to stay at night. 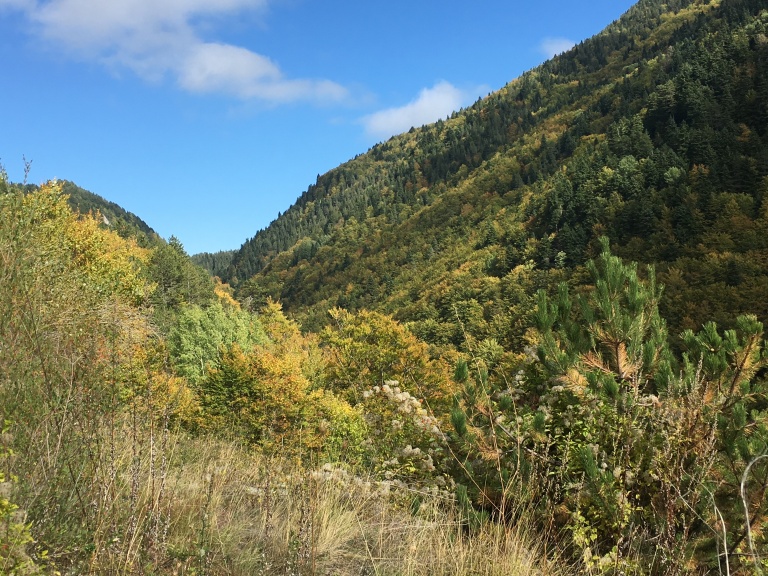 We climbed forested mountains for hours in Bulgaria and then swept down into Greece and east towards Turkey. The land became more ordered with large plantations of olive trees and fields of cotton. The food was more sophisticated and colourful, and we enjoyed sitting out the front of a taverna at tables with red and white checked table cloths overlooking the blue Thracian Sea, eating an array of spectacular food. 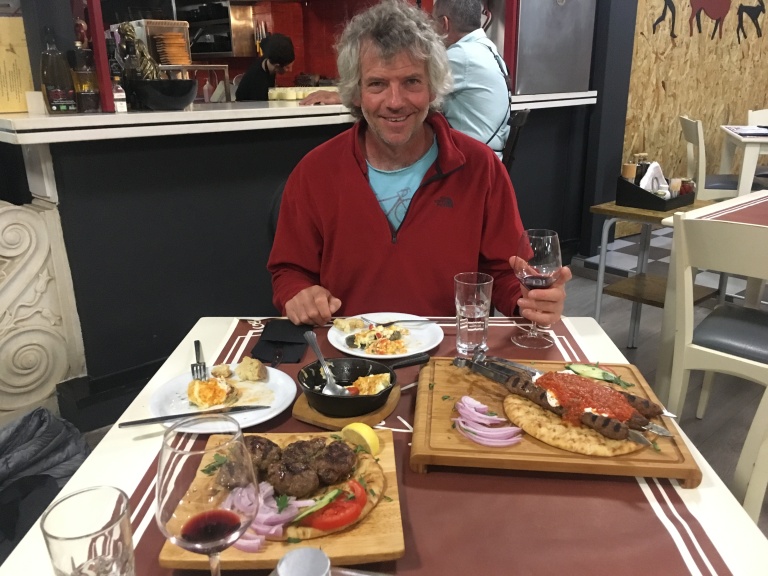 We stop for lunch at a village shop in a shaded central square with benches. An old man sits over the rode with his stick passing the day, while we eat our food by the shop. A shabby old pick up swings into the square selling vegetables. The frail old man struggles to his feet to make a purchase and then shuffles his way home, stopping for a chat with us. His Parkinson’s speech in pigeon German slowly told us of his lorry driving life through Yugoslavia across Europe. His strained smile across his vacant face added to his proud stories.

Once at the border we weaved our way through the queuing lorries that stretched for miles and miles, and became a chaotic knot of jammed vehicles at the various checkpoints. 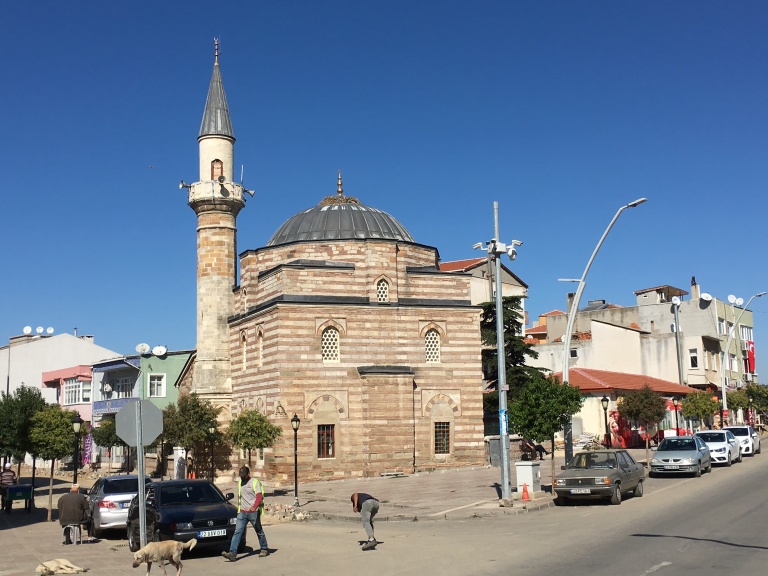 We were in Turkey and it felt very different. The churches had been replaced with tall slender minareted mosques. The call to prayer whaled out across the bustling town of İpsala. Coffee was out and tea in small curvy glasses was in. 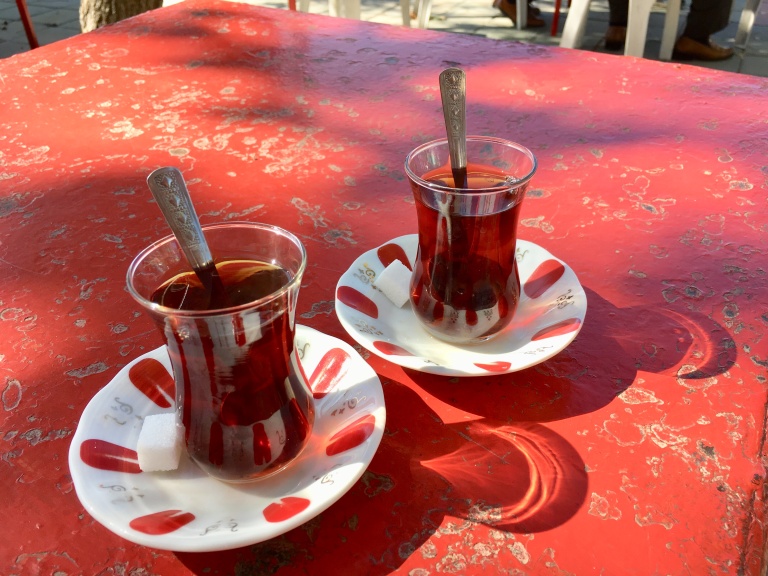 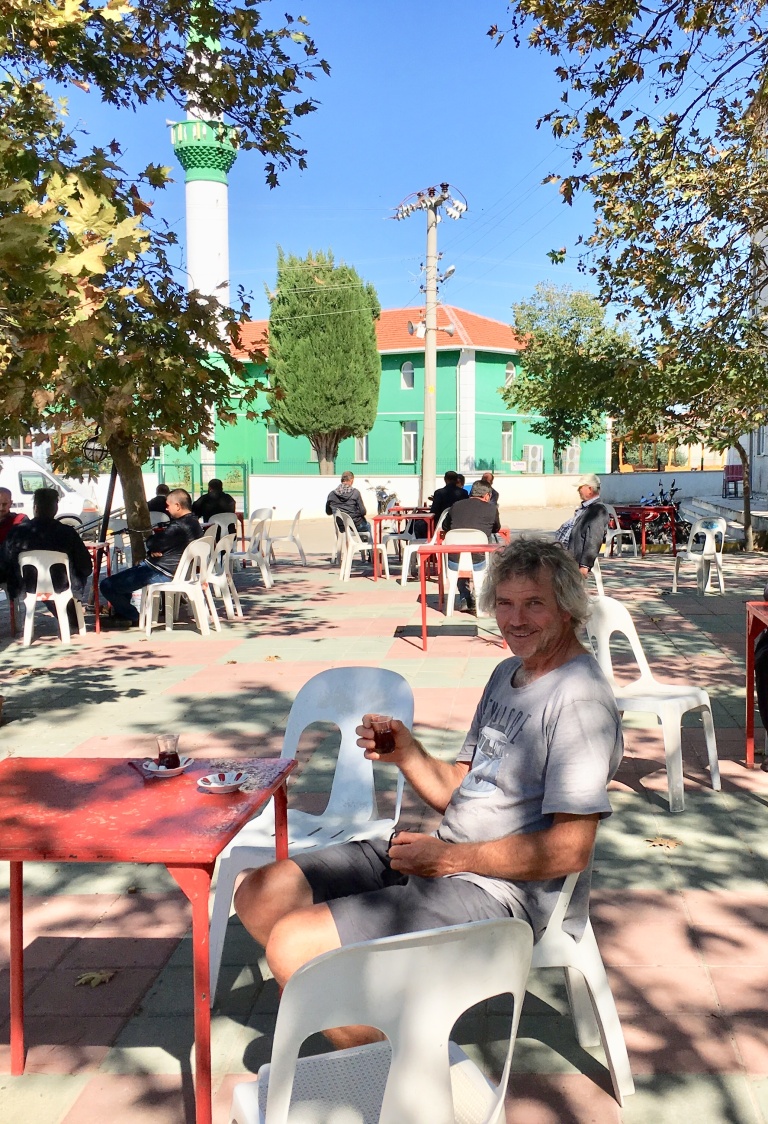 Villages set in organised agriculture in rolling countryside were a welcome break. Each had a central square with several tea shops and the mosque. Old men sat about drinking tea, chatting and playing dominoes. We were always welcomed with smiles and exchanges, offered borek, and not charged for the tea we drank, as we were travellers from far away and this is their custom. 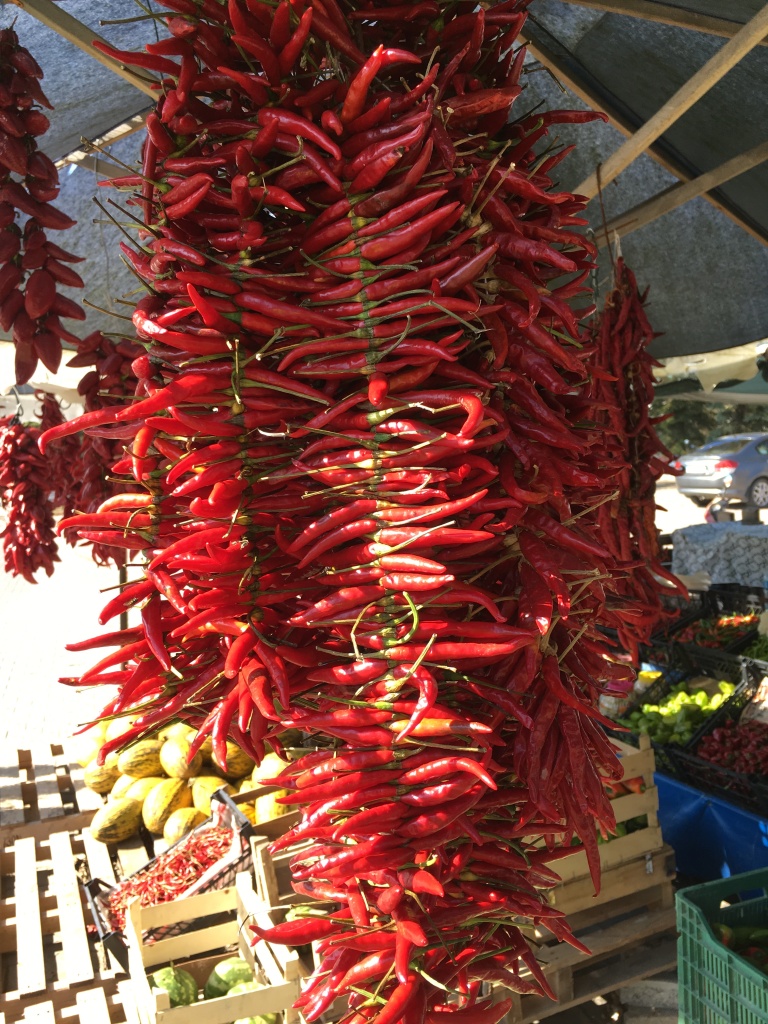 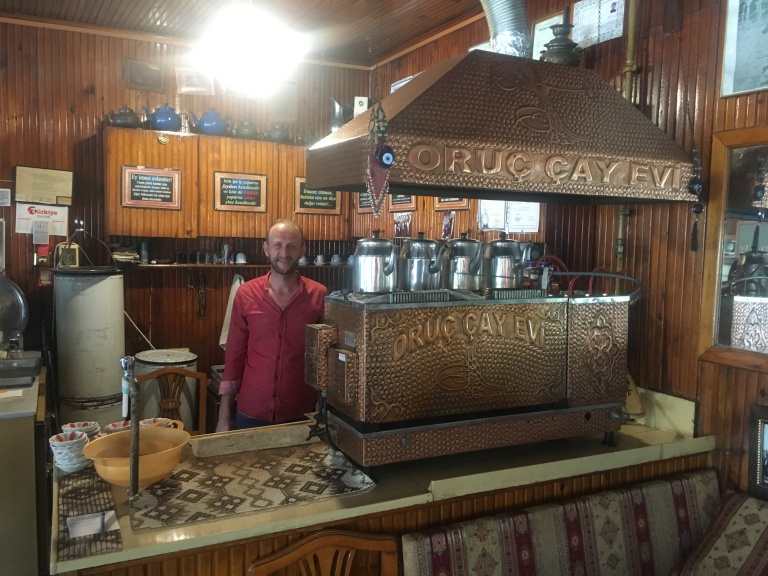 We pushed on towards Istanbul, tackling rather a lot of ferocious dog encounters that unfortunately were becoming a lot more common and more difficult to defuse. Packs of upto six stray dogs would go berserk as we approached. We had to slow right down, shout aggressively and sometimes wave our tent pole bike strand to get them to back off and retreat. 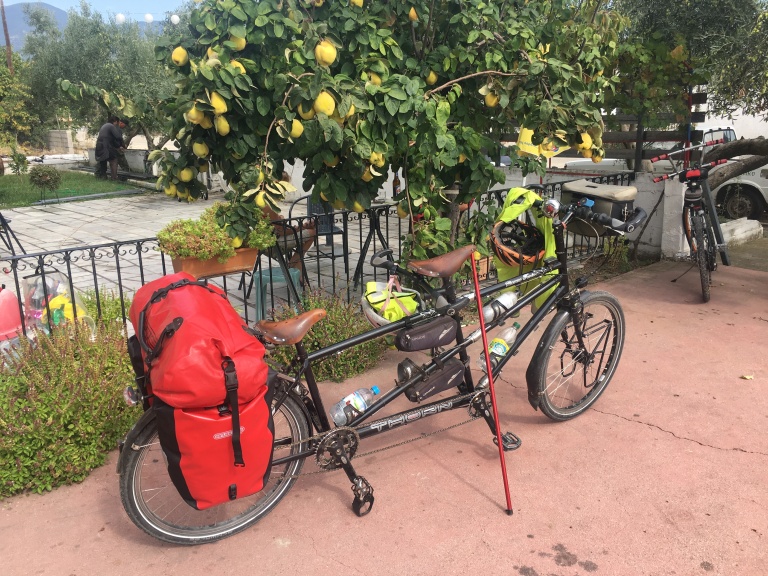 As we approached İstanbul and got glimpses of the sea of Marmara which gradually narrowed down to the start of the Bosphorus with views of Asia in the distance, the traffic built up to a menacing unruly intense commotion that felt quite threatening. Tall minarets of the blue mosque and Hagia Sofia were before us in the distance towering above the modern city in the haze. We headed to this hill top of the old city of Istanbul. This was our iconic destination. Two thousand five hundred miles from home and 42 cycling days on the road. 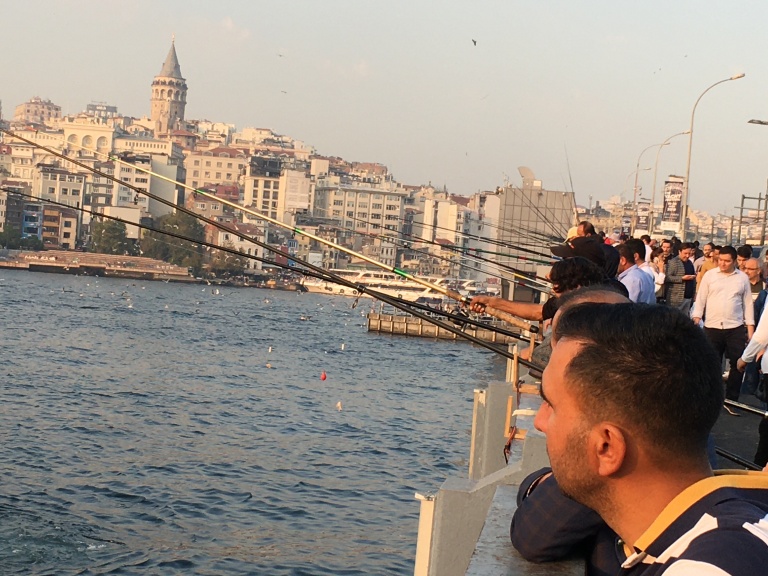 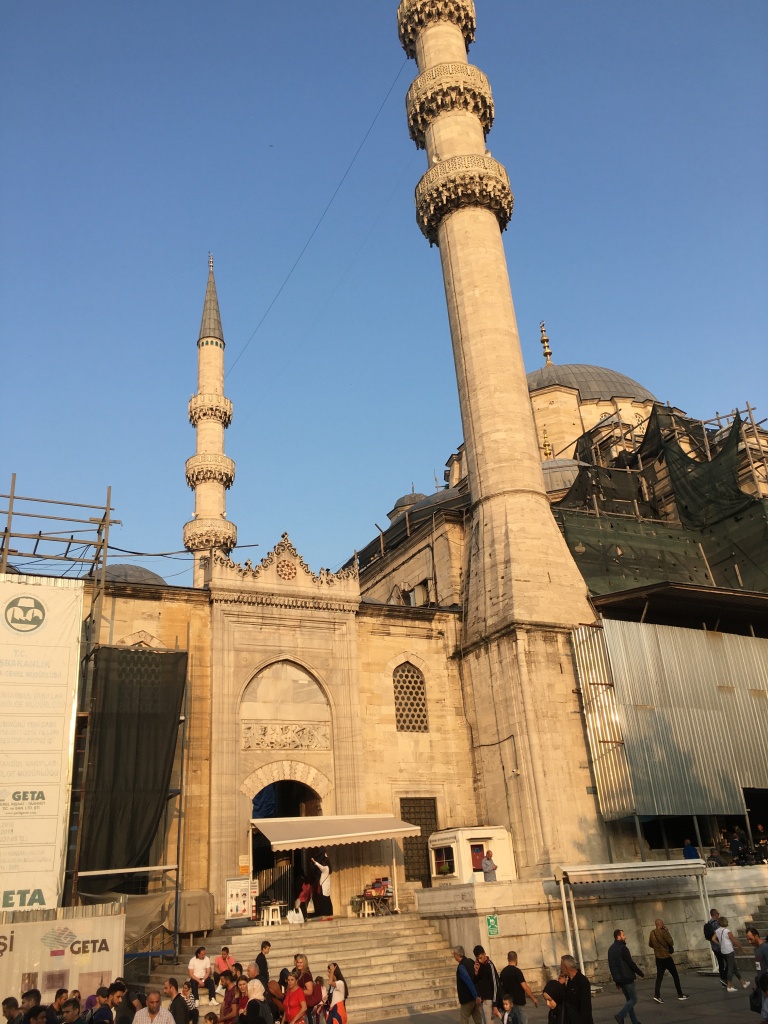 We explored the city on foot. Was it the place I had imagined? The centre of the world in the past, and the crossroads for trade from the orient and beyond. Fourteen million people live here, it’s crowded and there’s a lot of traffic. But this place has a lot of energy, it’s vibrant and youthful, while still having colourful markets that fill the air with the pungency of spice and soap. Modern shops stay open until after midnight and the streets are full of people. Side streets have bars and clubs with music and bands pumping out into the early hours. Trendy coffee shops, people smoking hookers, eating patisserie and drinking fruit cocktails line the streets.

It’s a frenzied scene of masses of people shopping, indulging and having fun. The old monuments fight for recognition on the skyline against the modern concrete buildings that often obliterate the vistas.

Istanbul has a new chapter in history, it’s dynamic, contemporary and cool.

The produce markets are still there, full of life, hustle and bustle and colour, with all sorts of goods. The boats still take hordes of passengers across the Bosphorus. 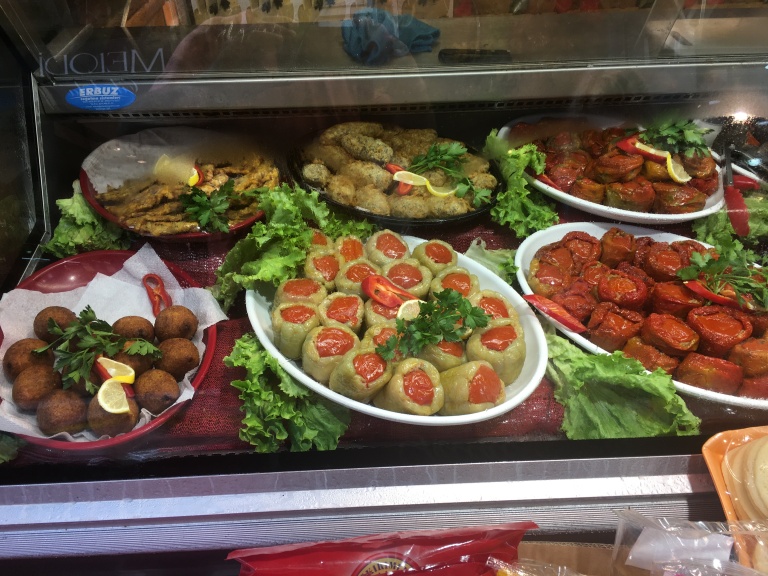 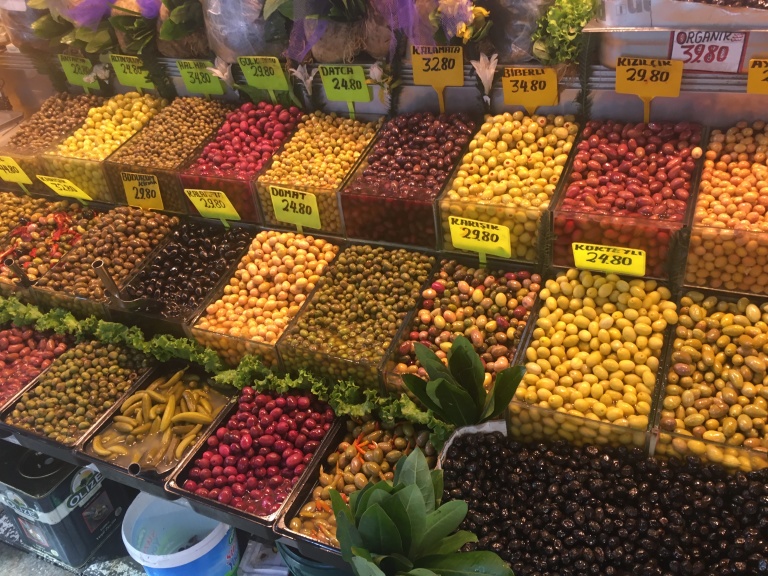 It’s an atmospheric scene as the sun goes down standing on the deck of a Bosphorus ferry or walking across the Galata bridge with its myriad of fishing rods and looking towards the old city, mosques calling to prayer, the minaret and dome studded skyline silhouetted against the hazy orange sky. 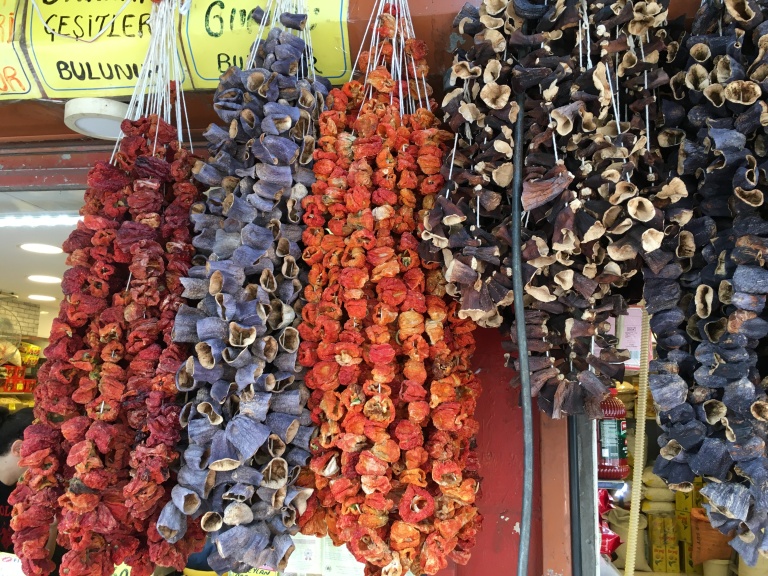 Bike Ride to the Edge of Europe Video https://youtu.be/ex7t6oMg-BE 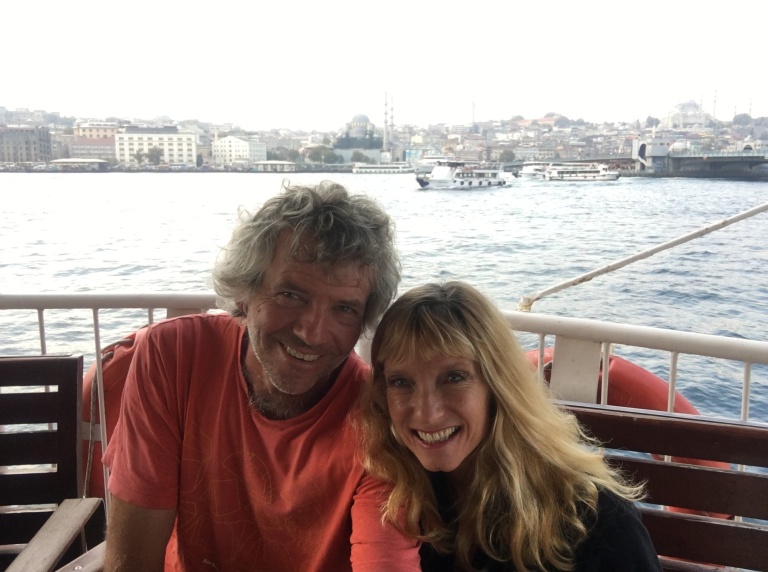